Following a meeting on the 15th of October 2010 in Carrickmacross with Council officials, Edel Byrne, National Co-ordinator, Slí na Sláinte and Colm Casey, HSE details of the main elements of the project to develop a Slí na Slainte route in the town of Carrickmacross were agreed. It was suggested that an ideal Slí na Sláinte route would take a looped form and would have adequate public lighting so the route could be used for day and night time walking. It was noted that the route suggested was already an established popular route with walkers in the community. The cost of preparing the artwork for the brochures and mapboard was agreed to be covered by the HSE. The Town Council covered the cost and erection of the signage, printing of brochures and the Irish Heart Foundation consultation fee for developing the Slí na Slainte. This fee entitles a member of the Carrickmacross community to take part in their Walking Leader Training Course. Signage was delivered in early 2011 and was erected by the Council on the 9th of March, 2011.

The route is 3 km in length and starts and finishes at the top of Main Street at the gateway to St. Finbarr’s Church. To traverse the route walk along the stone wall of St. Louis Convent and out onto the Ardee road to the junction of Oriel road. Continue along Oriel road to the roundabout on the Dundalk road. Take another left and walk towards the town centre on the footpath adjacent Lisanisk Lane and Park. At the junction of O’Neill Street/Farney Street continue down Farney Street until you return to your starting point at St. Finbarr’s Church. 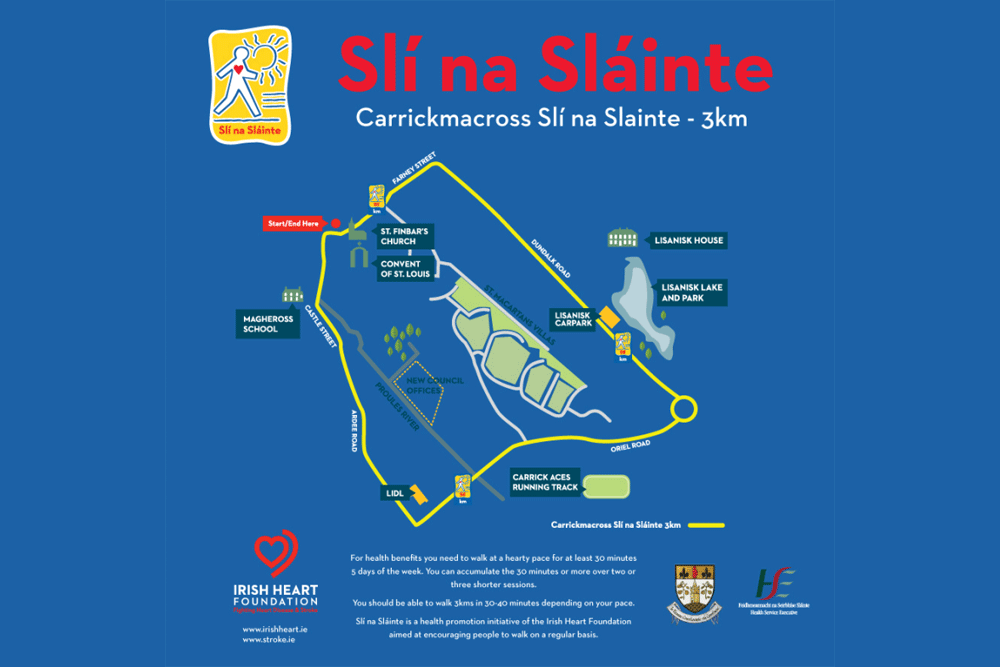 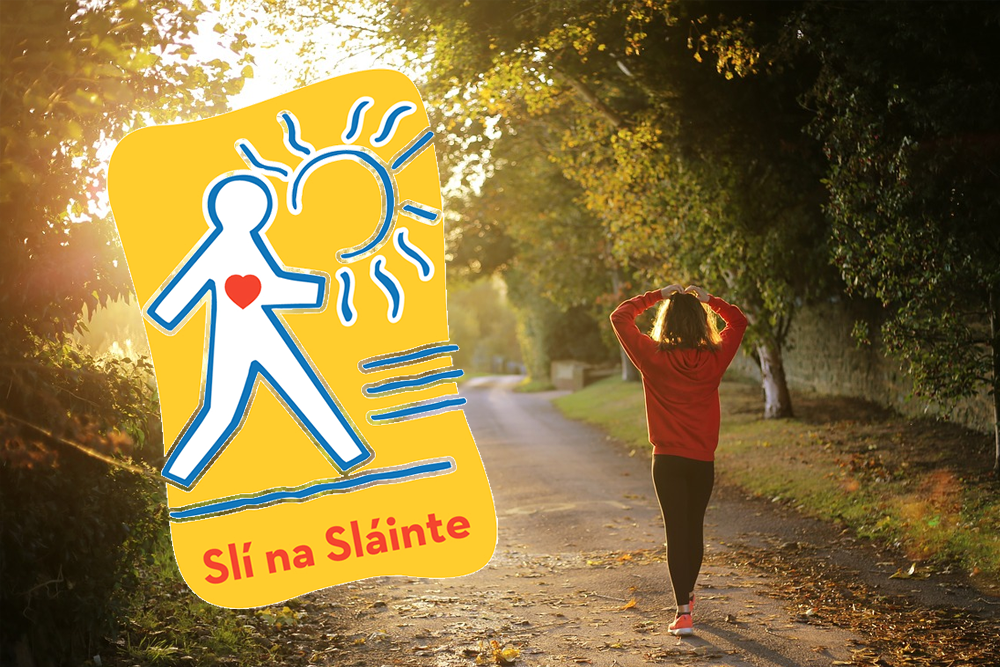 Slí na Sláinte stands for ‘path to health’. Developed by the Irish Heart Foundation – the national heart and stroke charity – it’s a sociable way to make walking far more enjoyable. Already, it’s capturing the attention of young and old, not only in Ireland but in Europe and other parts of the world too! And no wonder, because it’s a fun, healthy way for the average adult to accumulate the recommended minimum of 30 minutes of physical activity 5 days of the week. You’ll find Slí na Sláinte walking routes all over Ireland. They are marked by bright colourful signposts which are situated at 1km intervals. Simply follow the km signs, set your pace to suit your enjoyment and you’ll quickly feel better and get fitter. You will also experience a great sense of achievement.

The Irish Heart Foundation is the national charity fighting heart disease and stroke. They support, educate and train people to save lives, campaign for patients, promote positive health, support research and provide vital public information. They need your support, through donations, as a volunteer or on their training courses. 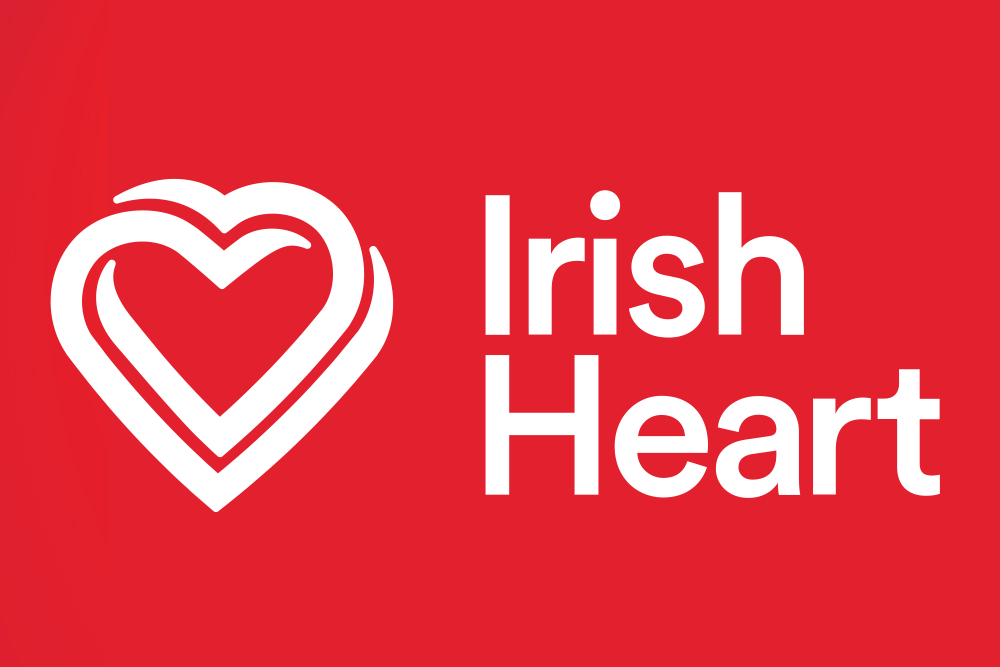