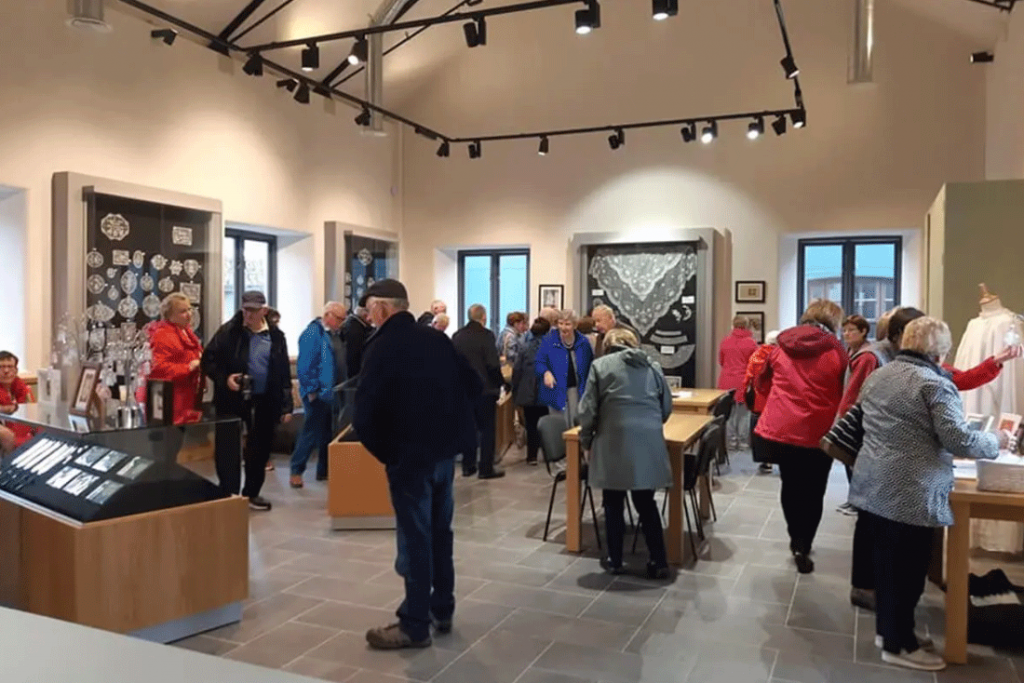 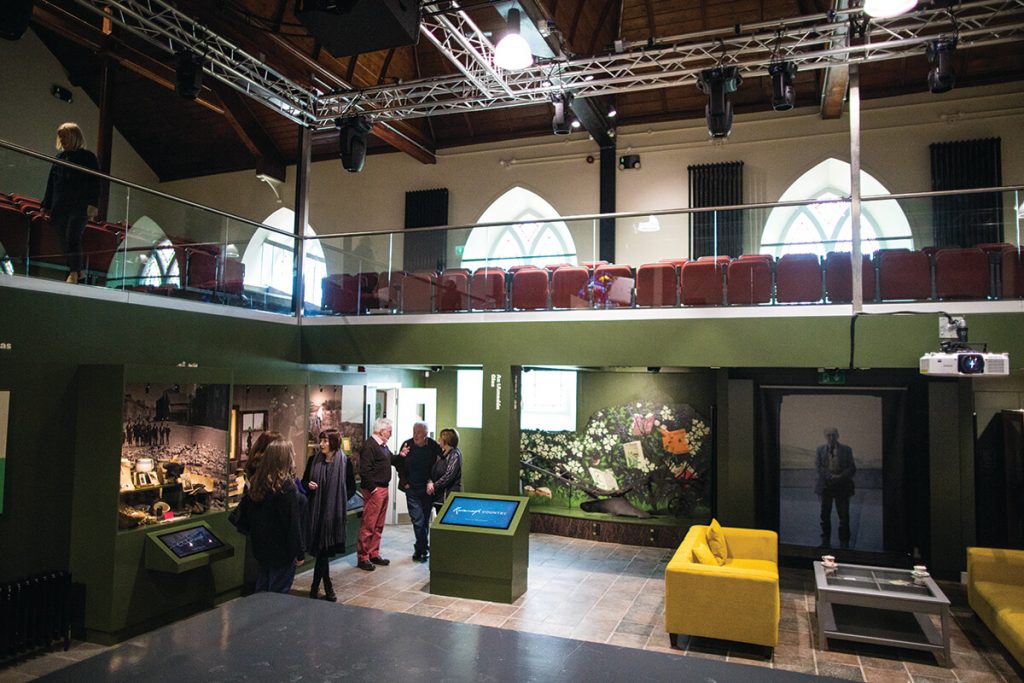 The Patrick Kavanagh Centre preserves, interprets, and celebrates the life and works of Patrick Kavanagh and the surrounding environment through collections, exhibitions, research and events that embrace the area’s evolution and spirit.

Open Monday – Friday
Normal opening hours are 10am until 4.30pm (last booking 3.30pm).
Currently Open Tuesday – Friday until April.
Opening hours subject to changes to public health guidelines.
Tours can be arranged at anytime by prior appointment. Contact 042 9378560 for details.

Dún an Rí Forest Park is located 1.5km north of Kingscourt on the R179 to Carrickmacross. There are a number of different walking paths in Dún an Rí. There are four walks of approximately 1.5-2km in length all with points of interest. History: The Forest Park embraces part of the Cabra Estate, which was formerly owned by the Pratt family. It is situated in the parish of Enniskeen, which includes a portion of the Barony of Clonee, Co. Cavan and a smaller part of the Barony of Kells, Co. Meath. The O’Reilly family ruled the area until the end of the 16th century when they were succeeded by the Flemings, who built Fleming’s Castle at Cabra in 1605. In 1666, Col. Thomas Cooch, a forebear of the Pratt family, came into possession of the estate. The ‘Romantic Glen’ of the Cabra River, stretching the full length of the park is an area steeped in history and legend. It is said that Cuchulain camped here at night while conducting his single-handed defense of Ulster against the armies of Queen Maeve by day. Eilis Boland who wrote the famous ballad “Doonaree” wrote about “the wishing well, beyond the chestnut tree in a shady nook, by a winding brook”. The chestnut tree still stands and is a feature of the parkland. 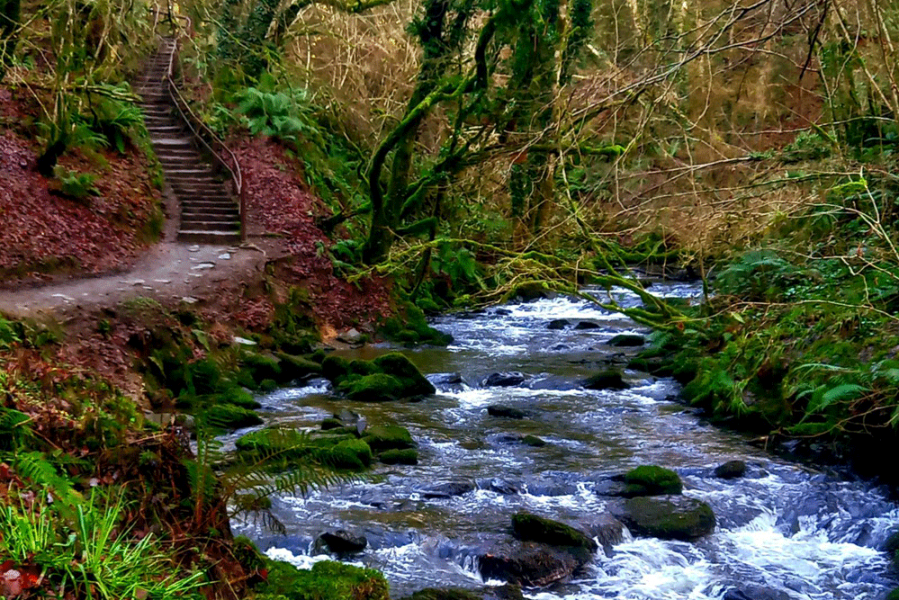 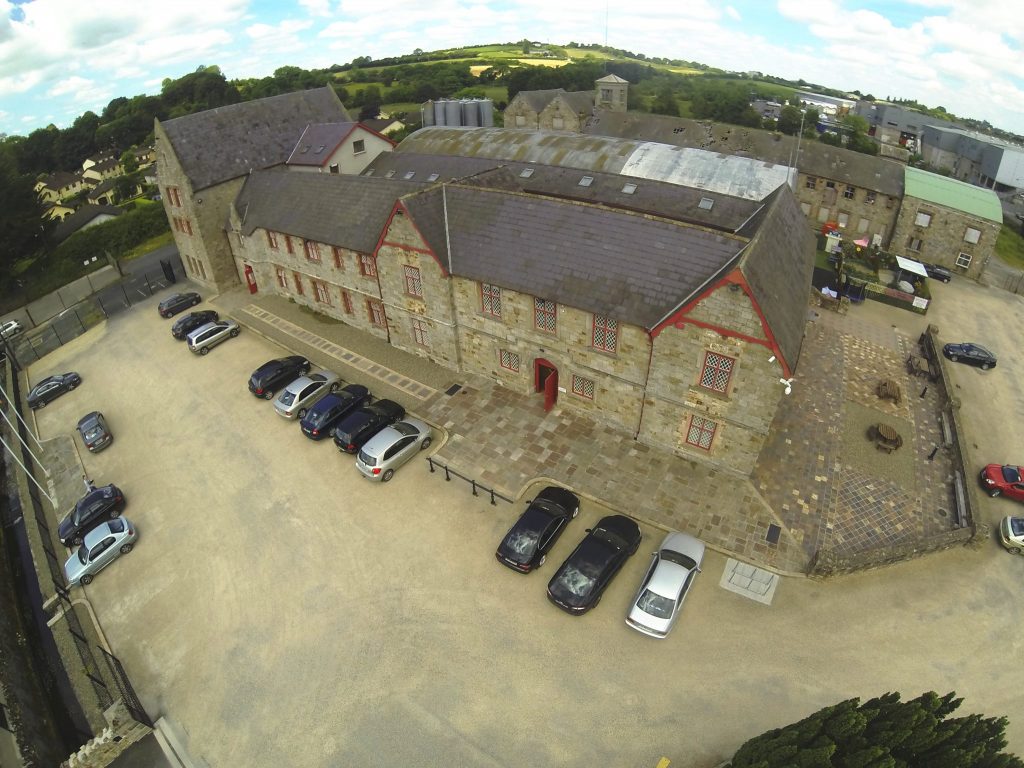 The town was heavily affected by the Great Famine and the population dropped from 2, 711 in 1841 to 1779 in 1891. This saw the construction of the Workhouse. The Workhouse has been recently renovated by the Farney Resource and Information Centre.

Constructed of tin, St. Peter’s Tin Church, Laragh is one of a kind in Co. Monaghan and unique on the island of Ireland for its quirky design and carefully considered features. St. Peter’s of historic Laragh Village is literally built on a rock, in a beautiful woodland setting amongst the ferns and ivy. It is anecdotally said that its Swiss-Gothic hybrid style was applied by the mill owner and his wife following their honeymoon in Switzerland – its site carefully chosen to mimic that found in the Swiss Alps. St. Peter’s Tin Church, Laragh was deconsecrated in the 1950s, was restored by the local community and proudly re-opened in 2014. It is a very popular venue for intimate music recitals, lunchtime dramas, wedding photography, trad sessions, vintage displays, touring choral group performances, harvest banquets, etc. Aside from scheduled events, the Tin Church attracts a steady flow of visitors to this very rural area in Co. Monaghan 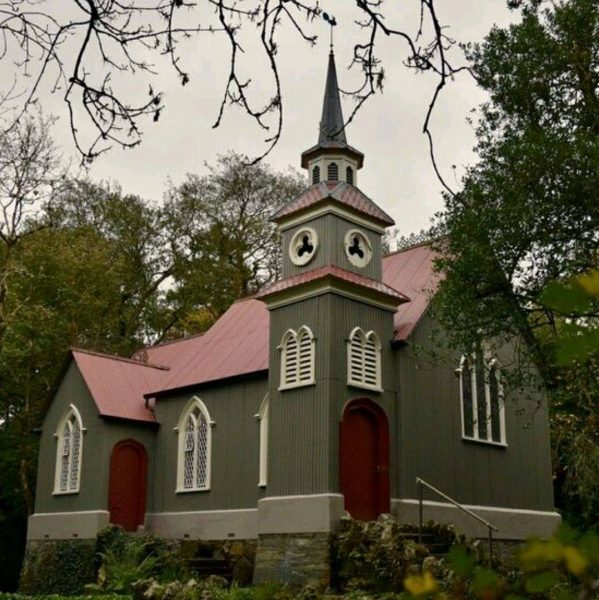 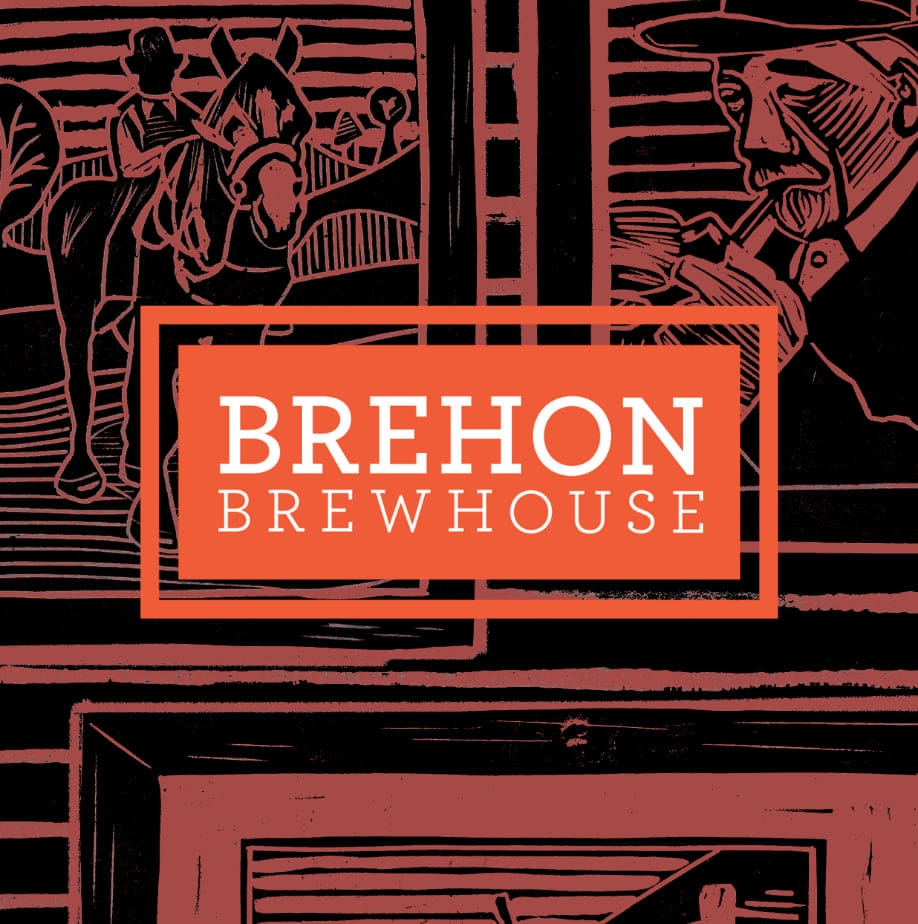 Visitors to The Brehon Brewery and Farm will feel immediately immersed in Irish culture and history. The name of this brewery is inspired by the old Brehon Laws that governed medieval Ireland, which stated that every clan was allowed to brew beer for their own family. All of this wonderful heritage is incorporated into the Brehon Brewhouse brand. Located in Co. Monaghan, Brehon Brewhouse was founded by Dairy Farmer Seamus McMahon, who wanted to diversify his homestead taking inspiration from the wealth of literary and familial history in the area. Brehon Brewhouse offers an immersive experience for craft beer enthusiasts including a visit to the milking parlour. Visitors get to see the master brewer and his apprentice at work, offering them an immersive experience for craft beer enthusiasts. 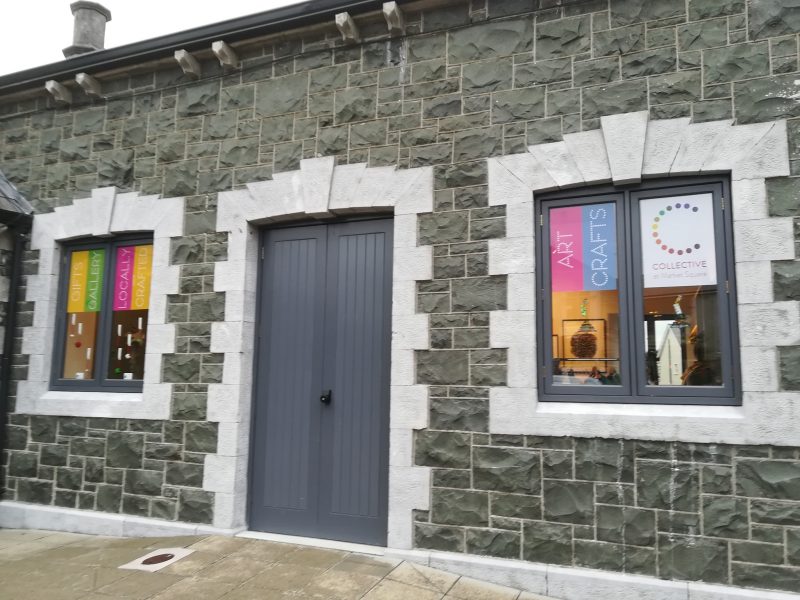 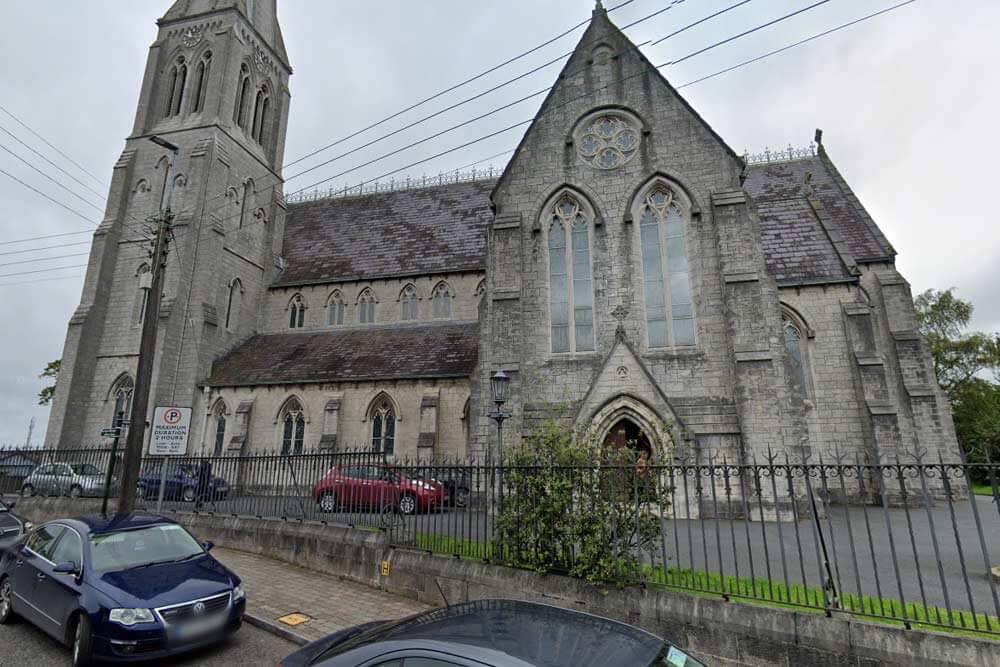 In the summer of 1924 Harry received a commission for a two-light window for St. Joseph’s church at Carrickmacross, Co. Monaghan. The St. Ceara window completed in 1925 is the only Carrrickmacross window to have been completely designed and partly created by Harry Clarke. The windows depicting Saint Dympna, Saints Macartan and Tigernach, and Saints Fachnea and Enda were supervised by Harry.