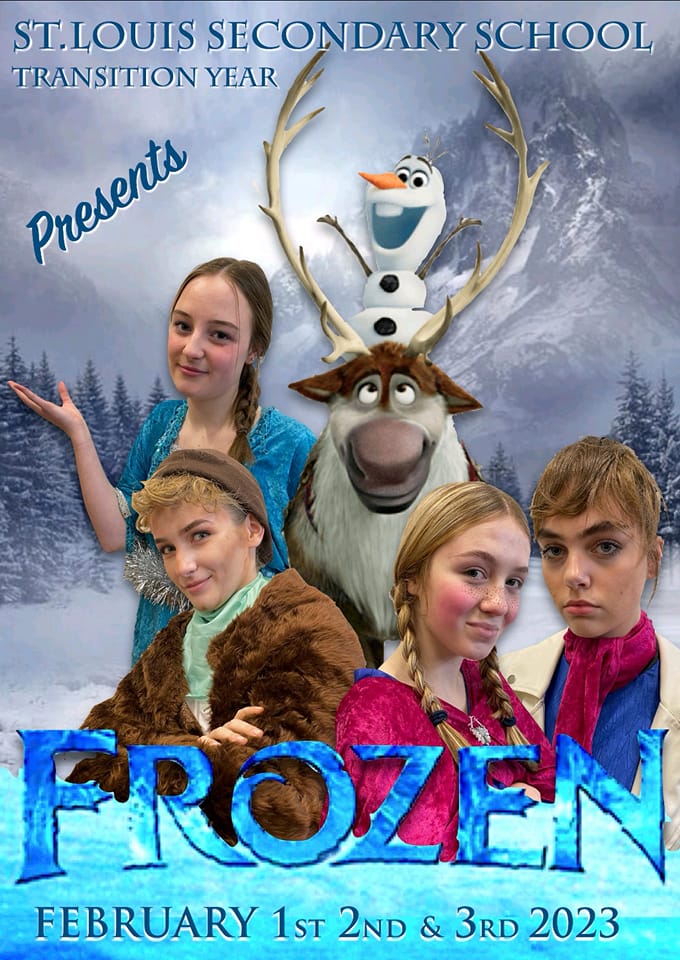 St Louis Carrickmacross transition year students and their teachers are putting the final touches to weeks of rehearsals for this year’s production, “Frozen”.  For three nights only, the St. Louis Concert Hall will be transformed into an icy Kingdom.

Frozen is inspired by Hans Christen Andersen‘s 1844 fairy tale The Snow Queen and tells the story of Princess Anna whose hidden powers have inadvertently trapped the land of Arendelle into an eternal winter.

Princess Anna teams up with an iceman, his reindeer, and a snowman to find her estranged sister Elsa and save the kingdom before it’s too late. But as the storm rages on, both sisters must learn that only an act of true love can thaw a frozen heart.

The musical promises to bring to life a world of beauty, humour and iconic music in a remarkable production to melt hearts of all ages. It is packed with thrilling surprises, hilarious characters and soaring music, including songs written especially for the musical, alongside all the classics such as ‘For the First Time in Forever’, ‘Do You Want to Build a Snowman?’ and the worldwide smash-hit, ‘Let it Go’.

School principal, Karen Patton, invites everyone to come along and enjoy the wealth of creative talent evident among all the Transition Year students, both on stage and behind the scenes.

“Frozen” runs from 1st – 3rd February at 8.00pm.  Tickets are on sale now from Eventbrite.

Once you’ve seen it, you’ll never let it go

Tickets are available on Eventbrite.