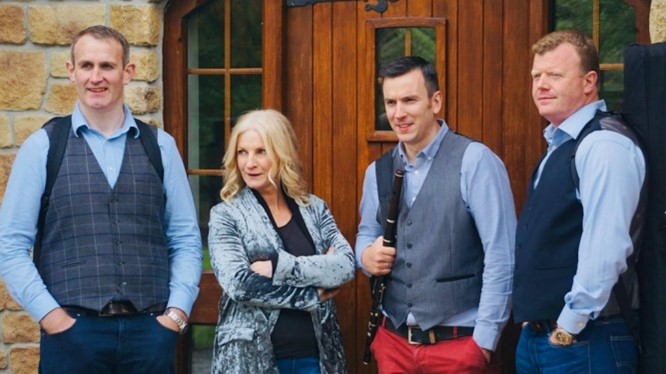 Garadice feature the pure, lyrical voice of Eleanor Shanley plus three fantastic musicians; Dave Sheridan (Flute, Accordion and Piano), Padraig McGovern (Uilleann Pipes and Whistles) and John McCartin (Guitar).  The resulting super group play beautiful arrangements of songs and tunes, some original and some of which have not been played for over 200 years.  All master musicians, they have gelled together to create a fantastic sound.  Not to be missed!

Support will be provided by the students who attended the workshop on group arrangements under the direction of Pádraig McGovern and Dave Sheridan.